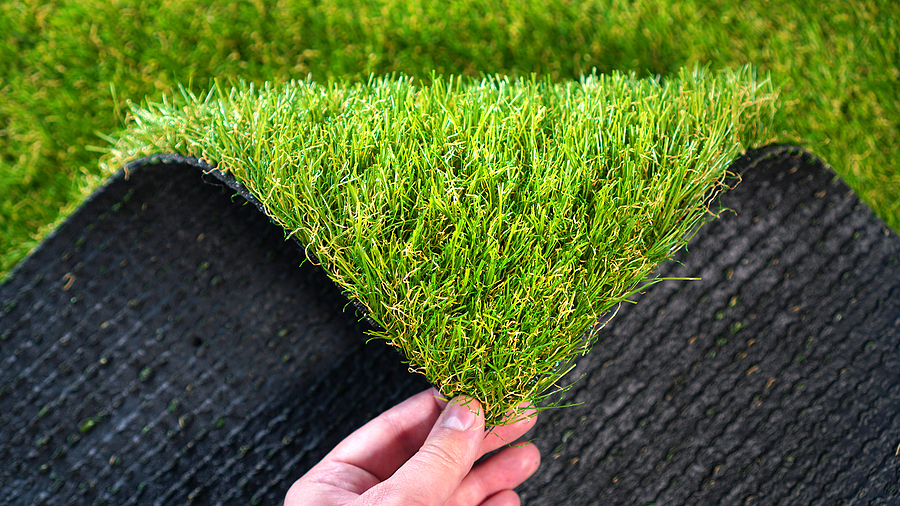 A patent has been filed for shock-absorbing underpads that could kickstart a new generation of artificial grass products.

The patent, USPTO 11131068, details how artificial turf and carpet can be recycled to make effective shock-absorbing pads that are placed underneath the turf and make it more comfortable to stand and walk on.

The new pad uses every part of an old piece of artificial turf, including the infill material, which reduces the time spent separating each individual part of a synthetic lawn once it reaches the end of its life.

This creates a thicker turf material with more shock absorption if a person or ball lands on it, resembling a natural grass field better and making it more viable for playground and playing fields.

This is far from the first time artificial turf has evolved and changed with the times. The first generation of synthetic grass, first known as ChemGrass and later as AstroTurf, has a very different profile to the third generation lawns we see today.

The latter name came as a result of its famous use in the Houston Astrodome, a giant stadium in Texas, USA. Because of the domed roof and general heat in Texas, even the indoor grass selected for the Astrodome’s baseball field did not have enough light to live.

As a result, the Houston Astros often played on dirt that was painted green, but in 1966 the new AstroTurf was fitted and made a considerable difference.

Evolutions on AstroTurf came to make it feel more like natural grass, such as the addition of sand in the 1980s, and more elaborate rubber crumb infills in the early 2000s.

For more information and advice about artificial grass in London, get in touch today.

Get a quote Projects